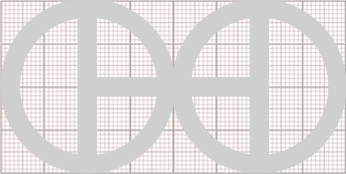 Some Open Hardware projects, of great value, have on the internet only photos and videos of the real equipment, without dimensions or any other type of information about the magnitude of the size of its parts, information that is required for its realization or construction; In these cases, OHO has developed a procedure to estimate with a certain degree of precision, the essential dimensions of objects and physical structures, from photos, with the help of useful programs for this purpose. The most important aspects in the so-called Reverse Engineering procedures are shown below, images of the case of a workshop crane found on the internet are shown:

For the case shown, we worked with the video of the link: Workshop Crane powered by DRILL, in which the following was addressed:

Are there views from different angles?

The video shows the construction stages from various angles.

Are there views of the most important details?

Details about the manufacturing processes are observed: stripping, cutting, welding and assembly.

Are there views of the open or disarmed equipment?

The team is totally open.

In the equipment you can recognize the parts and how they are assembled.

Is there a category in OHO for video equipment?

According to the categories available in [www.oho.wiki | OHO], this equipment fits into the category 'Mobile Cranes'

Are the images displayed with the necessary clarity?

Yes, it is a high resolution video, so your images are sharp.

To determine the dimensions of the project, it is necessary to have one or more previously known dimensions, these measurements must be provided by OHO in the development of this procedure, unless otherwise indicated.

In the crane project, the width of the 60 mm tube was used as a reference measure, information obtained from the comments of the video, which gives validity to the reference.

Generally, very useful data is available in the comments and in the video information, in the case of projects obtained from YouTube; Here you can get data on the dimensions required for manufacturing (explicit measurements).

In some cases, the number of comments is high, so they should be reviewed thoroughly.

In the analyzed video, all the comments and their responses were expanded, scrolling down, finding 507 items in total, including responses.

Here are some screenshots with the comments and information, which yielded results. Some aspects such as the capacity of the equipment or system must be verified, so that the project to be developed has practical value as Open Hardware.

In the case of the crane, it is available on the market, currently similar equipment, with higher capacities, however, it will work based on the 200 kg capacity, indicated above in the video transcript.

Once the decision to develop the reverse engineering process has been made, with the video selected, it begins by taking captures in which the lengths of the components can be measured.

Alternatives to include in the captures for reference measurements

After obtaining the necessary captures or images to determine the dimensions, they must be processed using the following methods:

If the capture is distorted, lacks 'vanishing lines' and in addition, all its dimensions are in the same plane, the perspective must be corrected.

Image editors such as Gimp or others can be used to correct perspective.

Determination of reference dimension by anthropometry or objects of known dimension Once the captures have been established, where people or objects of known size interact, there must be average measurements, for the case of people, those indicated in the DIN 33 402 standard or others can be used.

In the evaluated project, for references on height and other anthropopmetry data, academic sources were used in the following links:

From these sources, some average references are obtained to be able to establish comparisons with the proportions observed in the video.

There are tools capable of determining dimensions of objects in different axes of a coordinate system superimposed on a photo taken of said object, with perspective, such as the program fSpy, which is Open Source and it can generate, from the processed photo, a 'camera match' file that includes a coordinate system in the photo and can later be used by another very powerful program, such as Blender, in which the photo and the coordinate system are manipulated in a three-dimensional environment.

Some of the captures of the evaluated project were processed in fSpy and Blender, managing to determine, from reference measurements, other dimensions of satisfactory way.

An important requirement, to apply 'camera match' is that the capture shows straight lines of the objects in at least two coordinate axes and that they present perspective, in case some captures do not comply with this, for example, they only show curved shapes or views completely orthogonal, it is still possible to process the images in programs like the one already mentioned Gimp or tools like Meazure, where the image is analyzed in two dimensions and measurements are determined from known references, being able to even establish relationships of trigonometry, when the measurement and the reference have been taken at different distances from the camera.

In view of the fact that estimates are made in this process, it is advisable, when there are doubts about an estimated measure, to repeat its determination with a different reference, to give validity to the measure in question.

In many cases, the person who performs the Reverse Engineering analysis, based on his experience, already has knowledge about some critical measurements of some objects, which must be validated by OHO, speeding up the dimension determination process.

As a final note, it should be noted that, before starting to develop the modeling of the parts, OHO must review and approve the main dimensions and the relevant dimensions, obtained according to this procedure.